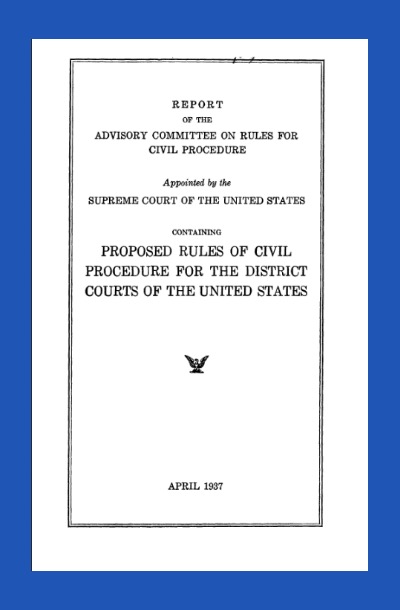 116 out of 136. That is the number of white men who have served on the eighty-two-year-old committee responsible for creating and maintaining the Federal Rules of Civil Procedure. The tiny number of non-white, non-male committee members is disproportionate, even in the context of the white-male-dominated legal profession. If the rules were simply a technical set of instructions made by a neutral set of experts, then perhaps these numbers might not be as disturbing. But that is not the case. The Civil Rules embody normative judgments about the values that have primacy in our civil justice system, and the rule-makers—while expert—are not apolitical actors. This Essay argues that the homogeneous composition of the Civil Rules Committee, not only historically, but also today, limits the quality of the rules produced and perpetuates inequality. The remedy to this problem is straightforward: appoint different people to the Committee. To be sure, the federal civil rulemaking process is but one small part of where and how gender and racial identity matter. Even still, this Essay argues that the Civil Rules Committee members, the Judiciary, and the Bar should demand that the civil rulemaking Committee cease being #SoWhiteMale.

Brooke D. Coleman, The Committee That Dictates the Rules of American Courts Looks Nothing Like America—or the Federal Judiciary, Slate (Oct. 24, 2018)