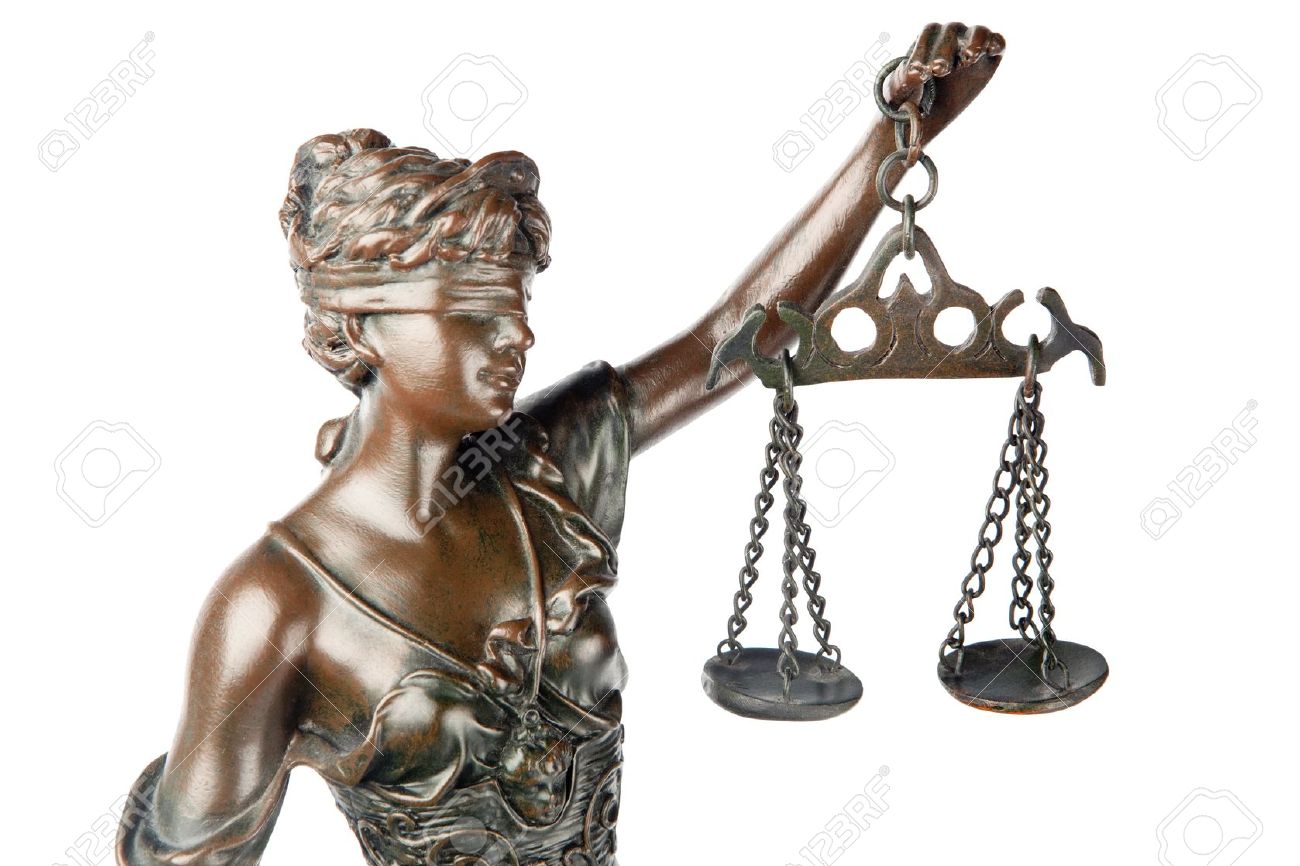 A common representation of Justice is a blind-folded woman holding a set of scales.

The origin of the Goddess of Justice goes back to antiquity. She was referred to as Ma'at by the ancient Egyptians and was often depicted carrying a sword with an ostrich feather in her hair (but no scales) to symbolize truth and justice. The term magistrate is derived from Ma'at because she assisted Osiris in the judgment of the dead by weighing their hearts. [1]

To the ancient Greeks she was known as Themis, originally the organizer of the "communal affairs of humans, particularly assemblies." [2] Her ability to foresee the future enabled her to become one of the oracles at Delphi, which in turn led to her establishment as the goddess of divine justice. Classical representations of Themis did not show her blindfolded (because of her talent for prophecy, she had no need to be blinded) nor was she holding a sword (because she represented common consent, not coercion). [3]

The Roman goddess of justice was called Justitia and was often portrayed as evenly balancing both scales and a sword and wearing a blindfold. She was sometimes portrayed holding the fasces (a bundle of rods around an ax symbolizing judicial authority) in one hand and a flame in the other (symbolizing truth). [4]