Here are some questions to consider before you begin treaty research.

Many treaties are available online. Look for text on the websites of  government agencies, international and nongovernmental organizations, and educational institutions--these are generally more trustworthy than other sites.

The Congressional Research Service created graphics illustrating the steps in the making of treaties and executive agreements. 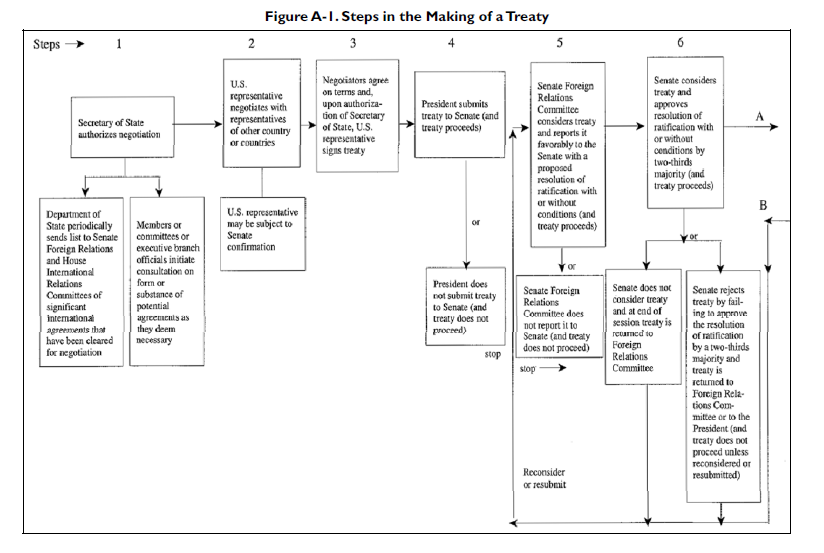 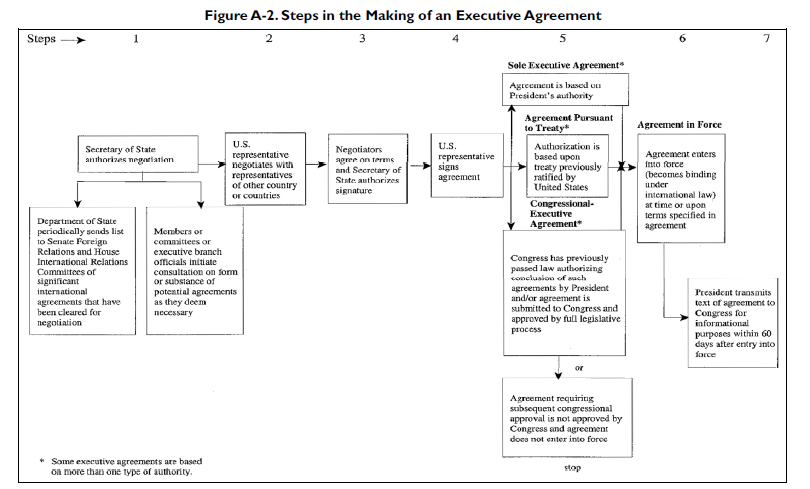